John Fite has been called a hero for putting himself out there online to discuss his “cognitive exhaustion” and has helped so many people feel that they are not alone. Even though he is no longer with us, his online presence continues to help people every day. John was a former Boy Scout who achieved the prestigious Eagle Scout ranking. I strongly suspect that the mystery ailment he was suffering from was Lyme disease and I make many arguments as to why I believe this is true.

In 2013 when John Fite was just 20 years old, he went online asking for help regarding his perplexing assortment of symptoms. He used the name ImCharlieGordon, a reference to the sci-fi story Flowers for Algernon where a disabled man gains a genius IQ through an experimental surgery. In an archived post titled, “Blank Mind/Devastating Cognitive Lethargy,” John wrote:

“The simplest and most concise description that I can provide is that 90% of my waking life my mind is blank: completely devoid of mental activity.” He says that this subjective experience is hard to describe. He adds, “In a sense, I’m mentally catatonic, like someone gave a computer the wattage of a light bulb just enough energy to give the appearance of awareness.”

Other symptoms he describes

He continues: “In conclusion, my mind is always blank, I always feel cognitively exhausted, and I never ever feel lucid, awake, or even alive.”

John was also a talented writer and had a way with words. While he was looking for answers, the first reply to his post was written by someone named Male_nurse:

“I don’t mean to be flippant, I am just curious how you can write such a detailed descriptive account when your memory is so bad and your thought processes are so enfeebled.”

Another three years passed. In May 2016, John created a Youtube video to bring further awareness to his cause. This time, he further emphasized how he wanted to connect with people who had the same symptoms. In the video, you can see how much John struggles to communicate:

This is what he called “Part 2.” You can clearly see how intelligent and self-aware John was as he uses diagrams to describe his state of mind. People have commented how well he was able to explain their own experiences even though they couldn’t explain it.

These videos were really a cry for help. Unfortunately, John was not able to find a solution to his troubles. He had tried many solutions over the years including multiple pharmaceuticals, alternative treatments, change in diet, and finally ECT and ketamine infusion therapies. He died by suicide on August 17, 2017. He was 24 years old.

His family had posted an obituary highlighting his loyalty, kindness, and creativity as well as his struggle with mental illness and fight for answers.

One of John’s final comments is a bit haunting knowing that he would take his own life a few weeks later.

Auto activation deficit is a condition where patients suffer damage to the basal ganglia and end up with a blank mind and severe apathy. In response, John writes in a Facebook post (my emphasis added):

“This is really fascinating. I think I’ve seen this article before. I’m not sure if my symptoms line up exactly. What is really interesting is that the paper doesn’t mention that these subjects were in distress. As morose as it sounds I almost wonder if there is a way to get to that point. Blank yet totally apathetic about it. Like able to just zone out and not realize it…”

Why I Strongly Believe John Had Lyme Disease

Even though it’s impossible to prove it since John is no longer with us, it’s possible to do a sort of psychological autopsy.

John had tried so many treatments to no avail to the point where his mother came to the conclusion that John’s problems were spiritual in nature. I told his mom that what John was suffering from was not regular depression but rather something much more insidious.

1. John never attributed his symptoms to a specific cause. He simply said that he did not know how they developed. Being disconnected from your mind and thought processes is a common symptom in depersonalization disorder. However, in classic DP sufferers are quick to point out childhood trauma and drama, abuse by an alcoholic father, broken homes, neglect, watching their comrade die during combat, weed/ecstasy use followed by a panic attack etc.…John never made any of those comments.

2. John spent a lot of time outdoors as a child. John’s identity was shaped by all the outdoor activities and sports he took apart in. He achieved the Eagle Scout Rank in Boy Scouts which is the top rank achieved by only 4% of members so it is an outstanding achievement. In his online memorial, it said “John loved the outdoors and spent much of his formative years on Boy Scout campouts: hiking, canoeing and forming some of his best friendships…”

3. John tried a sufficient amount of treatments for depression and ADD without much benefit. He had spent about 8 years being treated using traditionally accepted methods for mood and attention disorders without much success. His final attempts at treatment included ECT and ketamine infusions.

4. A Japanese study showed that shortly after exposure, the Lyme bacteria forms a net over the frontal lobe. This creates a sort of “toxin lobotomy” which makes it difficult to assess your thoughts. (See John’s video above where he constantly pauses.)

5. Lyme disease may affect the white matter of the brain which affects global processing between far away brain regions. In the late stages, the signal becomes increasingly slowed down to a point where it stops all together – hence the “blank mind”

6. John was likely suffering the late stage of the disease where it not only affects short term memory but long term memory as well. Notice how John mentions difficulties remembering autobiographical information such as vacations and felt like he had “no past.” A PET study found that many Lyme patients have hypometabolism in the temporal lobes.  (My personal scan showed the same finding – hypometabolism in both temporal lobes.)

7. William Osler, the father of American medicine, once said, “If you listen long enough, the patient will give you the diagnosis.” In an ironic statement, John wrote “When I attempt to stimulate thought, I experience a pressure (almost a headache) on my head like a parasite is squeezing my brain, and my thoughts are cloudy and distant.” That parasite he is referring to might in fact be babesia or bartonella. See point number 9.

8. John’s life was tragically cut short by suicide. According to Dr. Bransfield who studies Lyme disease, suicidality is a shockingly high 33% in Lyme encephalopathy patients.

9. John’s symptoms are my symptoms. As they say, it takes one to know one. I have had mysterious symptoms for over 10 years and have tried many alternative treatments with no real long term benefits to find out that I am positive for Lyme and babesia.

My question is, “How does someone who was a top Eagle Scout in childhood and brilliant writer end up with what can only be described as deterioration without any real cause?”

Areas of the brain affected by Lyme disease (image source) 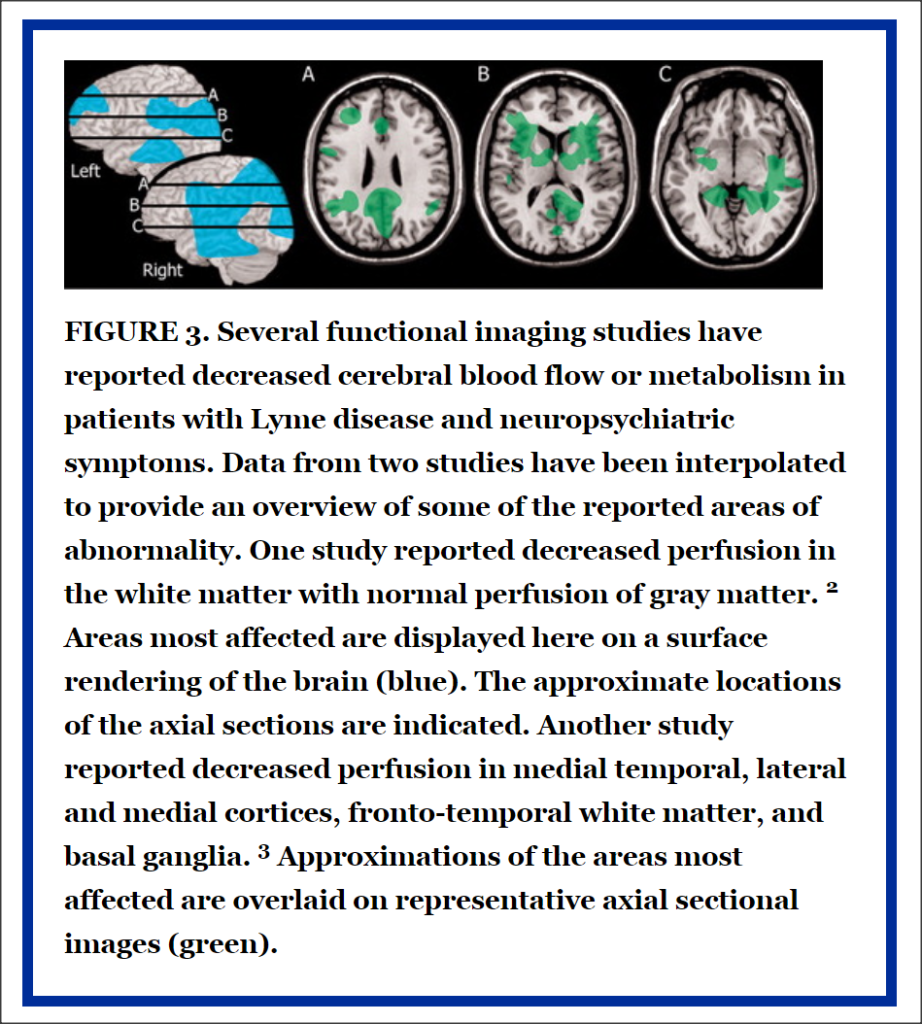 Chronic Lyme patient Mauryah had described the same exact symptoms as John such as difficulty thinking, mental blankness, memory loss and difficulty with basic tasks. What is hopeful is that she had a full recovery so there is help available.

I created this page because I know that John would have wanted to bring awareness. He was in the process of making his own website which never ended up happening. He even said that he wanted many people to see his videos.

John Fite used to be a moderator and frequent poster on a Facebook group called “Loss of Thought Process” so join our group if you suffer from negative symptoms like apathy and anhedonia and more.

Suicide is the leading cause of death for Lyme disease.

If you or someone you know is considering suicide, please contact the National Suicide Prevention Lifeline at 1-800-273-TALK (8255), text “help” to the Crisis Text Line at 741-741 or go to suicidepreventionlifeline.org.